What is Virtual Production?

‘Virtual Production’ is a collective term to describe the process where the physical and digital world meets.

In our case we are referring to the playback and display of content on an L.E.D. wall, allowing filmmakers to see their (extended) virtual sets directly in-camera. Another term for this type of VP is therefore known as ‘in-camera VFX’, so VFX that are ready on the set and don’t need to be created during post-production. The abbreviation of in-camera VFX is sometimes shown as ‘ICVFX’.

The use of in-camera VFX demands a different approach to workflows used in ‘traditional’ filmmaking: decisions that could previously be made at a later stage (during production or even post-production), have to move forward to pre-production in order to be ready when the shoot (in the VP-studio) starts. A more intensive collaboration between all the creative departments is required to get to ‘final pixel’ results on set.

The upside is that the L.E.D. screens offer instant feedback to everyone involved to make well-informed decisions on what works and what needs adjustments. Tools available for VP workflows allow for real-time changes and feedback. 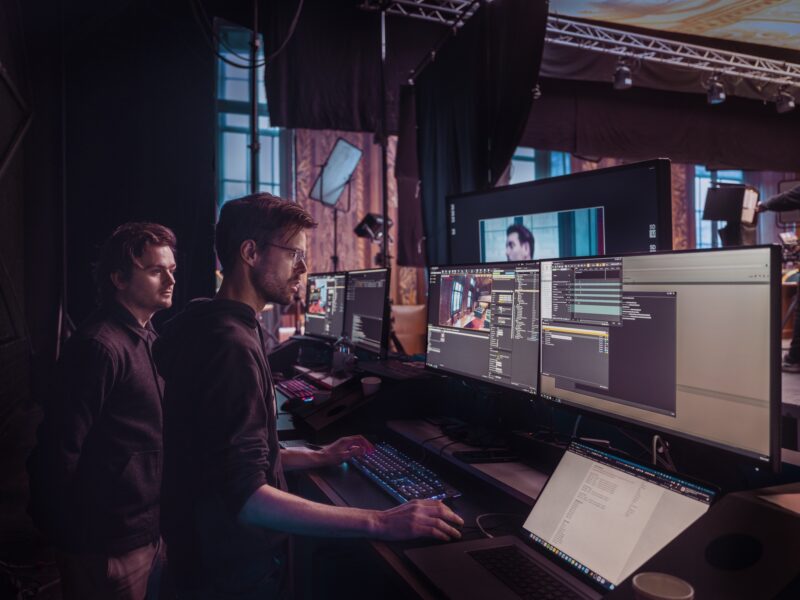 LED screens make it possible to project any location behind the set, photoreal and in high resolution. LED screens emit light that bounces back into the set and ‘lights’ the subject in front of it.

No dependence on weather conditions, limited daylight hours or ambient noise. Outdoor locations are shot inside.

No more traveling around the world with an entire crew. Plates can be shot locally and transferred digitally to ReadySet.